The subsidised air services from Oban to Coll, Colonsay and Tiree will continue after Argyll and Bute Council agreed an interim contract with Hebridean Air.

Hebridean Air Services Limited will continue to operate the flights from 16 May, while the council now undertakes the evaluation stage of the procurement process for a new four-year contract. The deadline for tenders being submitted for the second round of procurement passed on 2 May.

There had been concerns that services would be interrupted by strict funding legislation after an initial procurement process for the four-year contract failed to attract an acceptable bid.

However, council officers and staff at Hebridean Air worked hard behind the scenes to prevent that scenario, and we are pleased to be able to confirm that there will be no such interruption.

An update on the four-year contract will be provided in due course, once the outcome of the second procurement process has been fully assessed.

The interim service offers an amended number of flights, although flights for school pupils travelling to Oban have been secured as a priority.

Details on Hebridean Air’s current and interim services can be found here: http://bookhebridean.co.uk

What you can read next 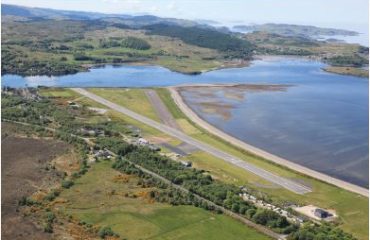 Tender Opportunity for Provision of Air Services between Oban Airport and the Islands of Coll, Colonsay and Tiree